What does it all mean for now?

Its been just over 1 month since the Royal Commission into Misconduct in the Banking and Financial Services Industry’s report was handed to the Government, and what a wild ride it has been since then for every Mortgage Broker in Australia. 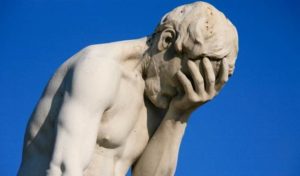 The most shocking aspect, was that not a single case of Mortgage Broker misconduct was actually mentioned during the Royal Commission. In fact, the industry was ‘thrown under the bus’ by the CBA CEO, in what can only be described as a distraction technique, to change the line of questioning, towards the very end of the entire 11 month process. Up until that point, any evidence was that ASIC, Treasury and all the important players, even other banks like Macquarie, NAB and ANZ, all supported the Mortgage Broker proposition. Yet in the end, an ageing lawyer with no technical expertise in the finance industry, recommended that ‘consumers should pay brokers’ not the lenders, and then to make this ‘fair’ the same fee should be paid to banks, to level the playing field.

Even on face value, I can’t see how anyone in Australia thinks that this sounds like a good idea. Applying for a home loan, which would currently have an average application cost of around $400… now needs to increase to several thousand dollars… how does this do anything but punish the consumer seeking the loan? Wildly high application fees were abolished by the Labor Government around 10 years ago, and now they should be legislated and enforced by law? How does this even make sense?

So the lender, that in the end, makes ALL the profit from the transaction, pays no cost in acquiring the business and even gets to receive an additional fee if the client doesn’t use a Mortgage Broker? I actually would have thought the rebuttal of this absurd recommendation would have been much louder by our Parliamentarians. Apparently, they are too scared to say anything, in case it costs them votes at the impending election. Wouldn’t standing up and saying “we don’t want finance to cost people more”, be a better way of getting votes?

I am confident that by now, a majority or people currently seeking home loans, would have come across one of the campaigns by our industry to keep things the way they are. Why fix something that isn’t broken? Why damage the ability of a free economy to compete?
At this point in time, trailing commissions are banned from mid-2020. Correctly called Deferred Upfront Commissions, they were introduced by the lenders themselves over a decade ago, as they didn’t want to have to pay the broker all the commission they deserved, at the time the loan settled. So instead, having the initial payment halved and spreading the rest out over the life of the loan, which on average is around 5 years. How this payment is bad I cannot understand as it essentially encourages the broker to get the consumer into the most appropriate loan in the first place and not have to keep changing loans or lenders …

Moving forward, we will not know if this will even come to pass, which is placing great uncertainty on the entire industry. We need an election, a Government in place, then if it is to even happen, legislation needs to be written and passed through both houses of Parliament. In the meanwhile, getting expert help from a mortgage broker, is still paid for by the lender that acquires the business and we are still here helping our clients get the best loan for their circumstances… let us just hope that in the near future, that this access is not legislated away to the detriment of competition.